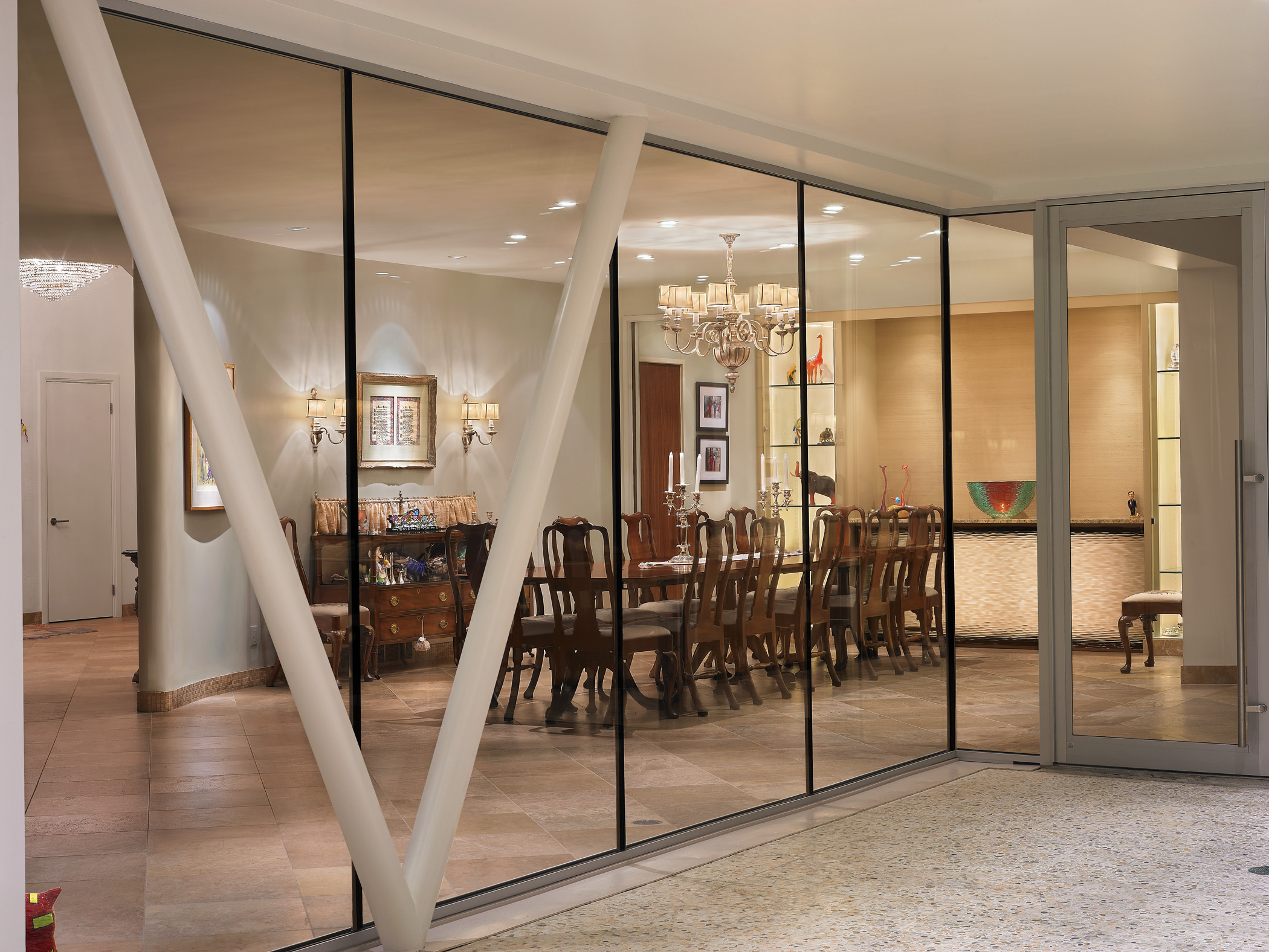 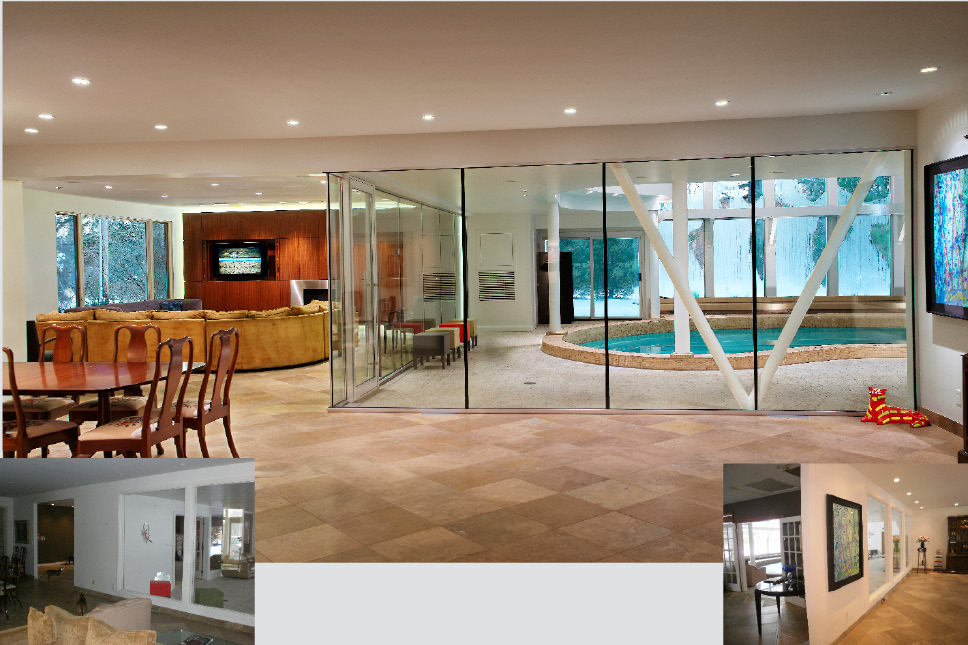 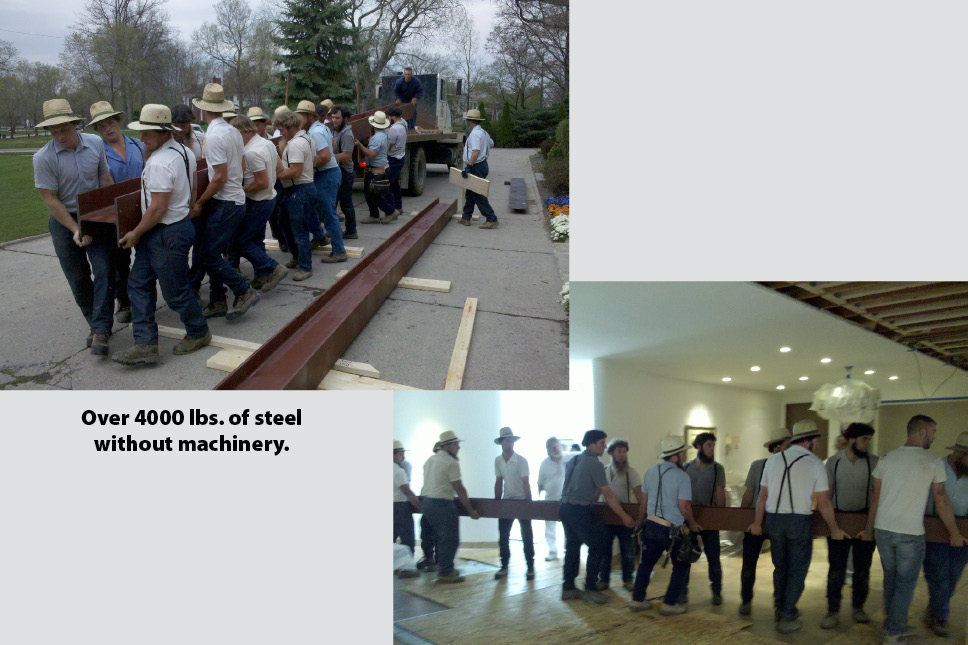 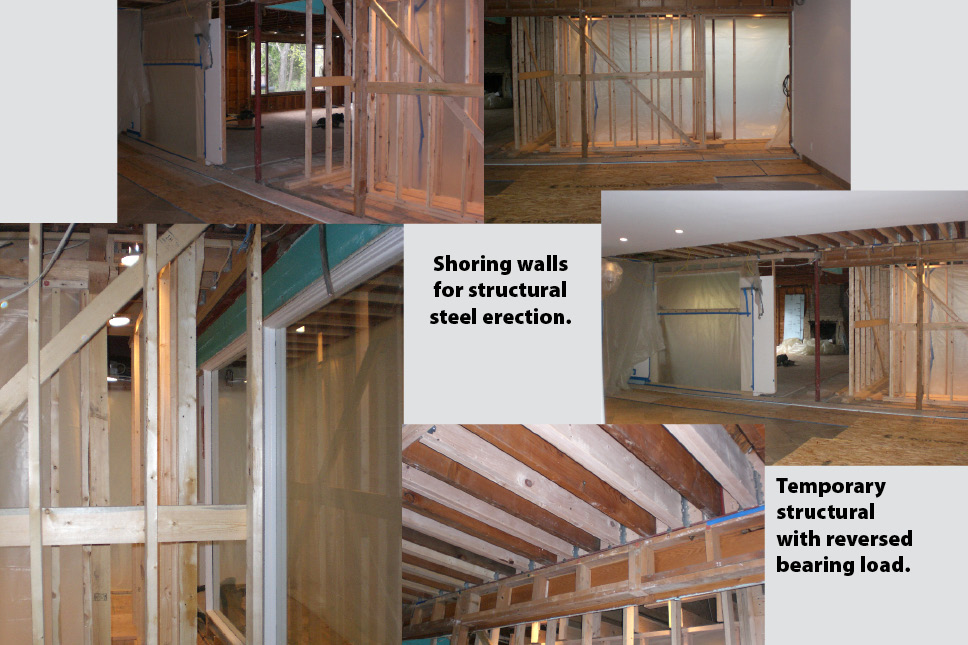 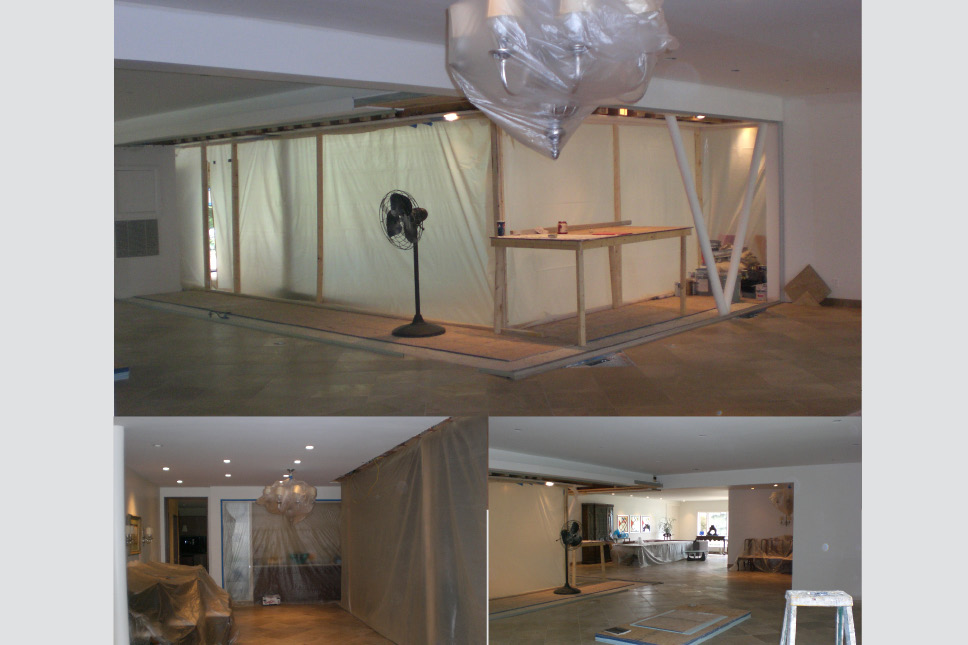 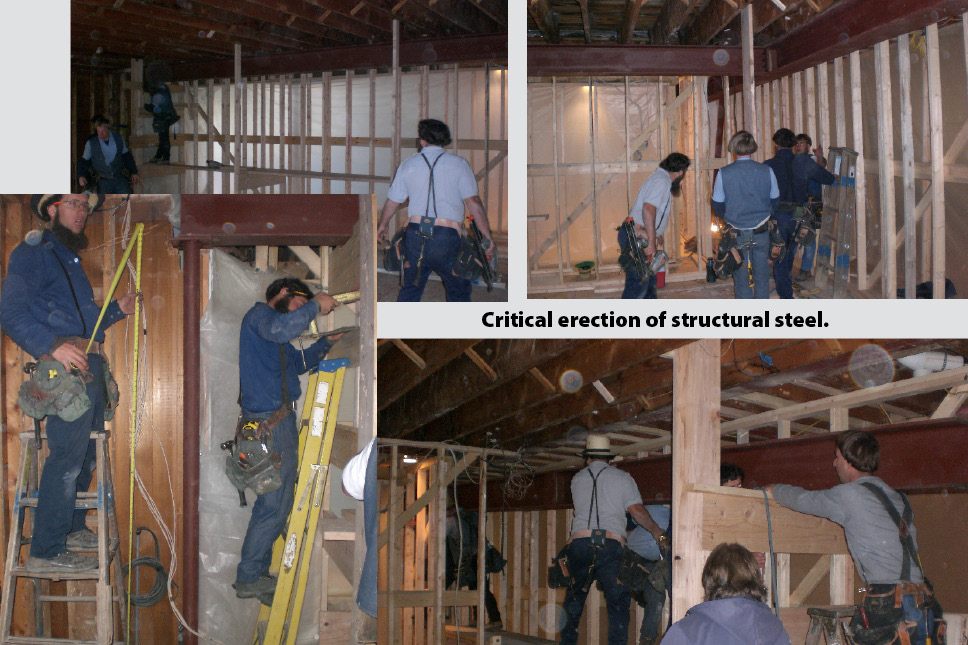 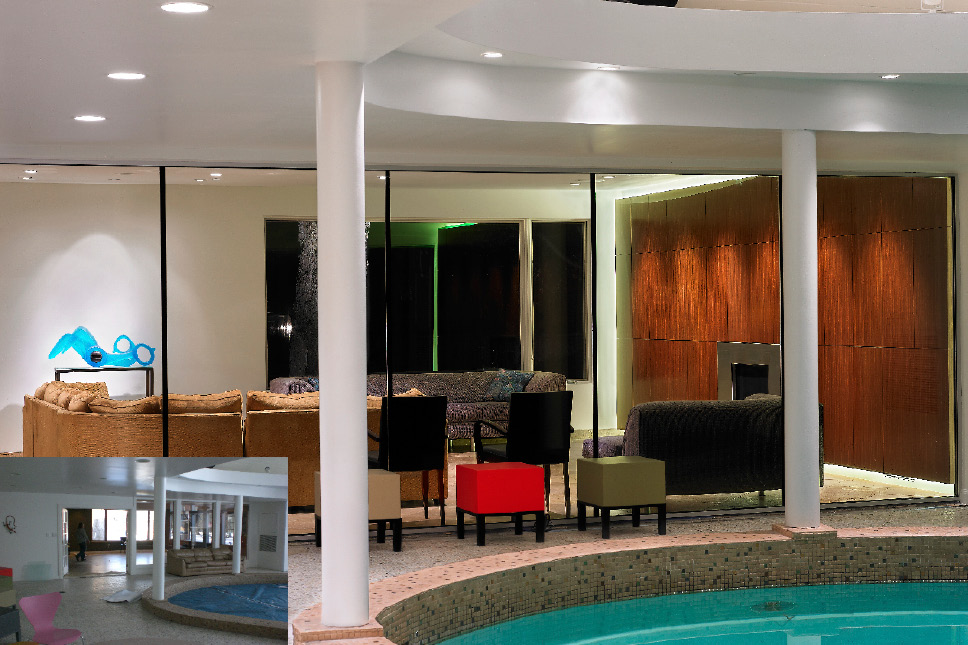 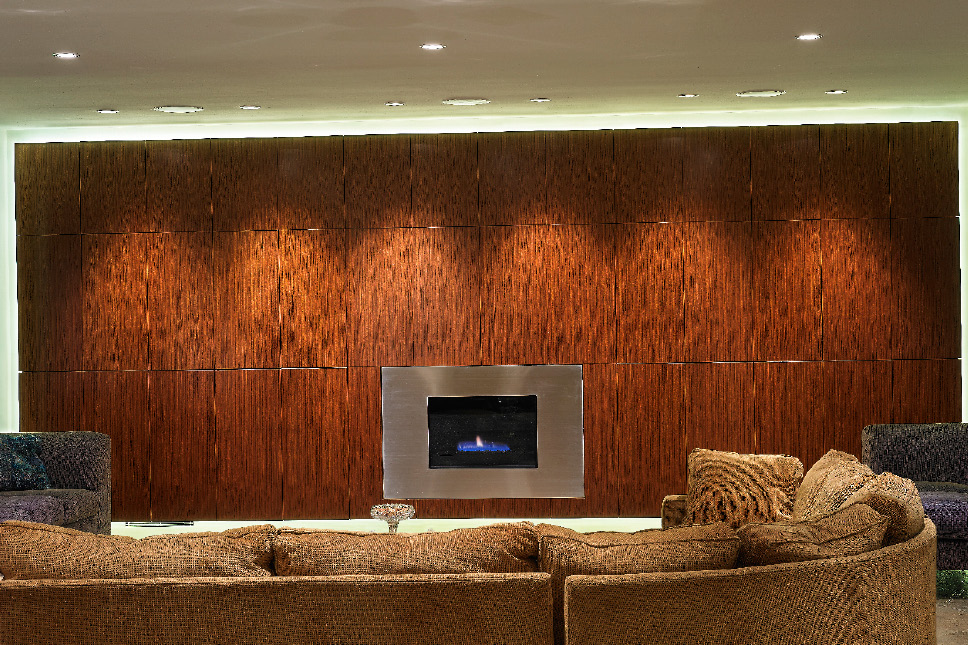 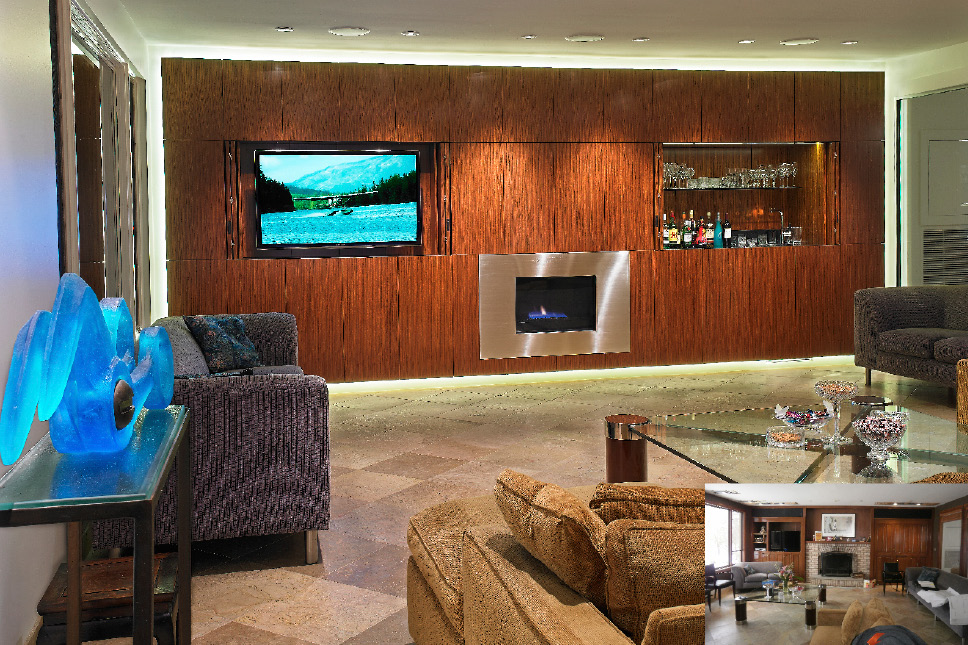 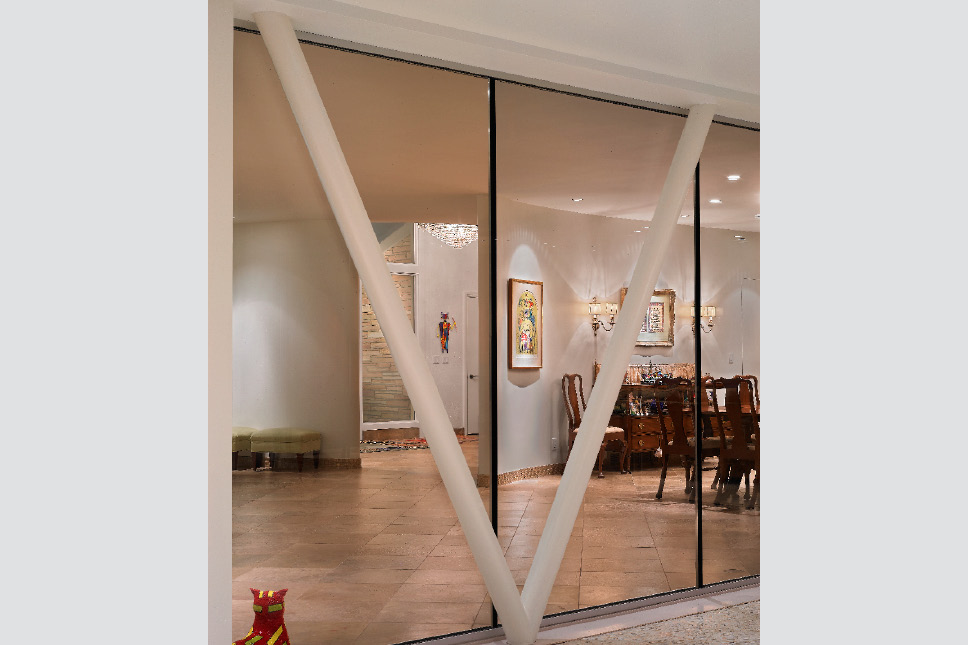 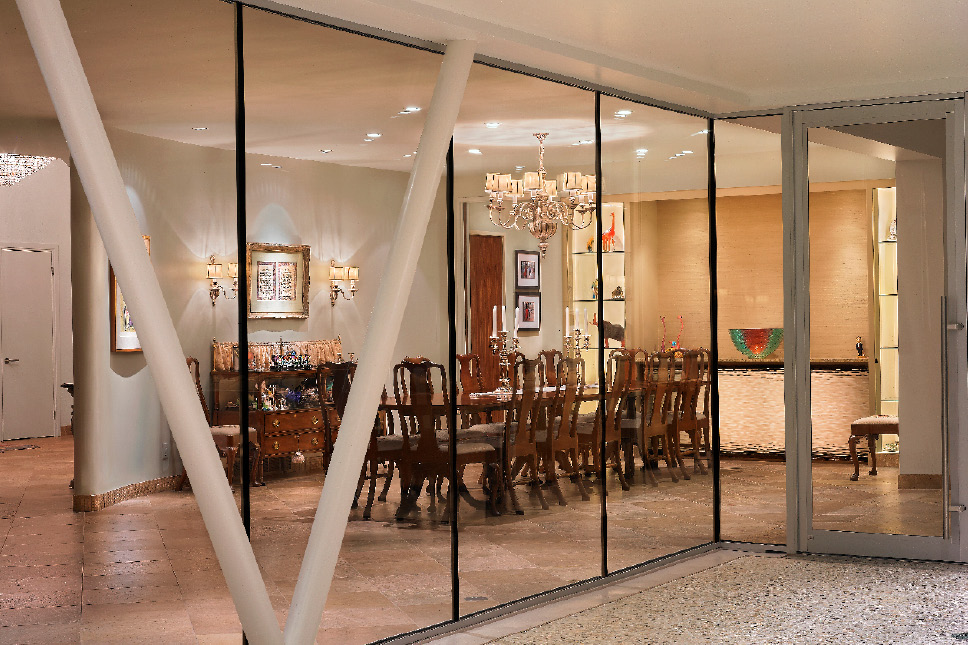 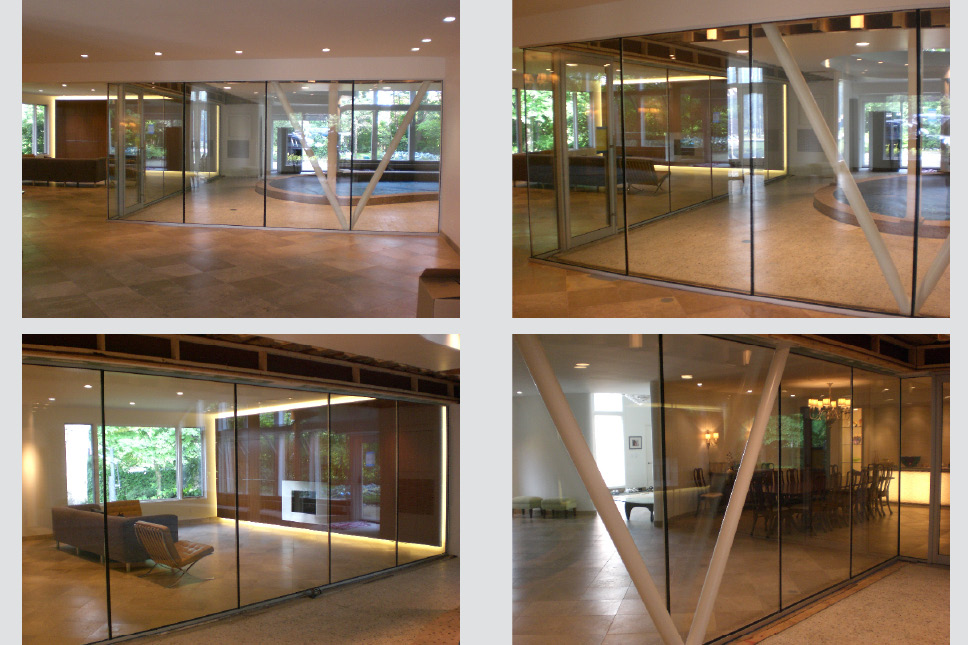 PROFESSIONAL Remodeler of the Year
Best Interior Over $250,000.00

The architect wanted to create the open space per the owners’ request without any visible means of support – an open, floating feeling.  With an area to be viewed from any direction, the focal entertainment center and fireplace had to be so discriminating that only the best detailed cabinetry millwork would suffice.  The load bearing walls which needed to be eliminated to create this vision were complicated by the fact that they housed the enclosed pool/spa area which creates an environmental concern to the balance of the home.  The walls to be eliminated also carried the complete bearing of the second floor and three (3) different roof systems.

The solutions to the challenges could only be accomplished by an experienced team which would not and did not compromise any minute detail including the uneven floor and ceiling heights.  The architect created a detailed scope of work which would challenge every trade alliance to their expertise which was achieved.  The structural engineering was lead by one of the best in the business and was coordinated through the team.  As photos are worth 1,000 words, the carpentry crew had to hand carry and erect the steel I-beams, columns and fasteners by hand since no heavy equipment could be allowed on the marble floors.  The complicated shoring walls, the unorthodox reverse bearing methods and the temporary installation of steel and wood bearing columns were necessary to keep the integrity of the structure undisturbed.  The coordination of which shoring walls could be built and which could not to allow the placement and erection of the I-beams was a puzzle that had to be determined on the jobsite.  The design, placement and type of lighting was critical for picture framing and highlighting the floating-effect of the millwork, the indirect lighting above the featured cove above the glass wall and the illumination of all the rooms without letting the glass walls affect the final visual outcome.  Every lighting detail had to be placed exactly to not cause any light misalignment or ill-placed shadow.  The additional and critical placement of the HVAC registers along with the toothing-in of the antiques marble floor were successfully completed by the team of superior artisans.  The cabinetry millwork was designed and crafted to house a complete entertainment center with TV, visual, audio equipment and a wet bar area which was discreetly hidden when not in use.  An African wood called Mozambique helped create this designer furniture look which would catch the eye of the most discriminating.  Finally, the architectural detail for  the state of the art fireplace allows a glow and warmth to all..

Upon arrival, the guests are captivated by the view through the open spaces focusing on the dramatic family room entertainment wall.  After digesting the breathtaking view, one contemplates how an immense area is suspended without any structural supports other than a “V” column post which looks more like an artistic sculpture than structural.
“For A Home You Will Love” truly reveals the way this Homeowner feels.