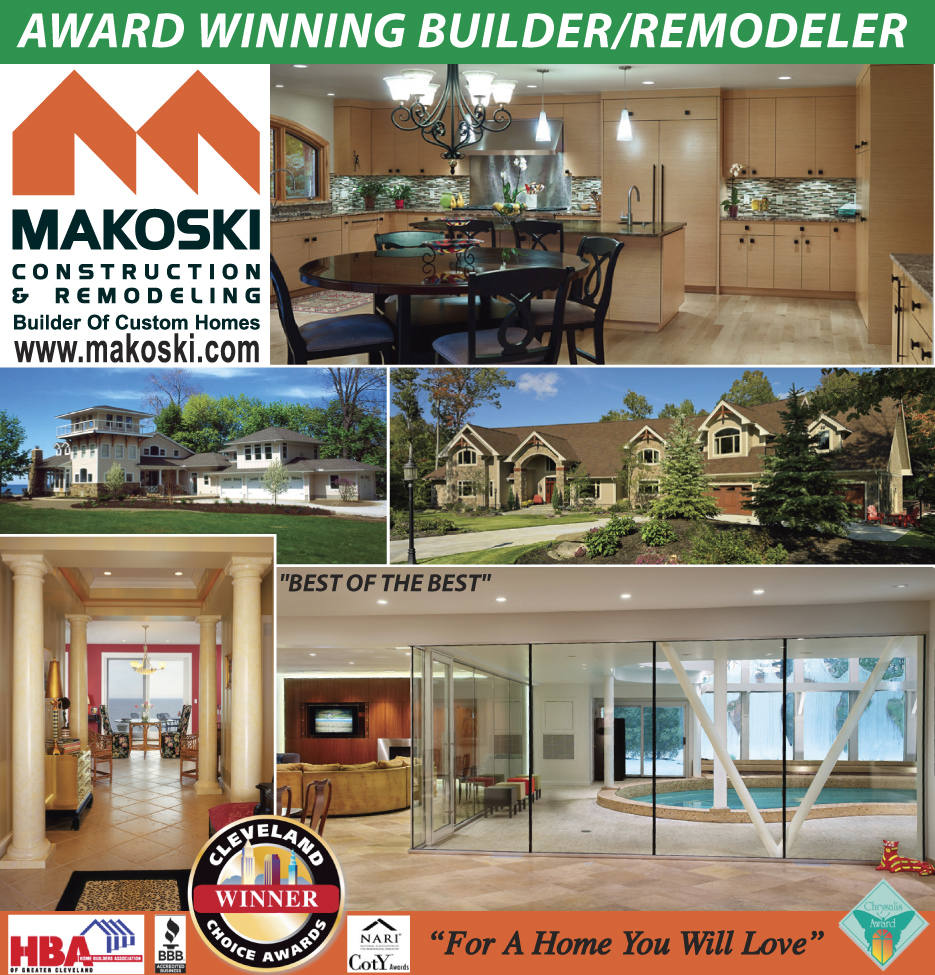 Frank A. Makoski, President of Makoski Construction and Remodeling, has again been recognized by his peers at the HBA of Cleveland’s 2015 Annual Awards and Installation Banquet.  The Council Chairperson of the Year is awarded to a member who has demonstrated outstanding leadership in the chairing of a council.  Frank A. Makoski, CGR, CAPS, CGP, has done a great job this year with the Remodeling Council.  He participated in both Home Shows at the IX Center and Cleveland Convention Center and implemented displaying the HBA Cleveland Choice Award winners at the HBA’s booths.  Frank has taken on the responsibility of the HBA’s new Summer Golf Outing which not only met but exceeded its financial goals.  Frank also instituted the first “HBA Holiday Happy Hour” which was a huge success and will now be an annual event.  Frank praises his Remodeler Council members and all of the HBA’s members in their commitment to each other and to “Building a Better Tomorrow.”