We do what it takes! 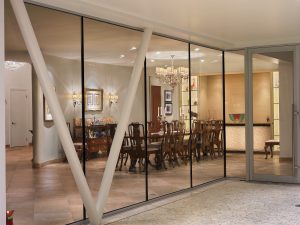 The solutions to the challenges could only be accomplished by an experienced team which would not and did not compromise any minute detail including the uneven floor and ceiling heights.  The architect created a detailed scope of work which would challenge every trade alliance to their expertise which was achieved.  The structural engineering was lead by one of the best in the business and was coordinated through the team.  As photos are worth 1,000 words, the carpentry crew had to hand carry and erect the steel I-beams, columns and fasteners by hand since no heavy equipment could be allowed on the marble floors.  The complicated shoring walls, the unorthodox reverse bearing methods and the temporary installation of steel and wood bearing columns were necessary to keep the integrity of the structure undisturbed.  The coordination of which shoring walls could be built and which could not to allow the placement and erection of the I-beams was a puzzle that had to be determined on the jobsite.  The design, placement and type of lighting was critical for picture framing and highlighting the floating-effect of the millwork, the indirect lighting above the featured cove above the glass wall and the illumination of all the rooms without letting the glass walls affect the final visual outcome. 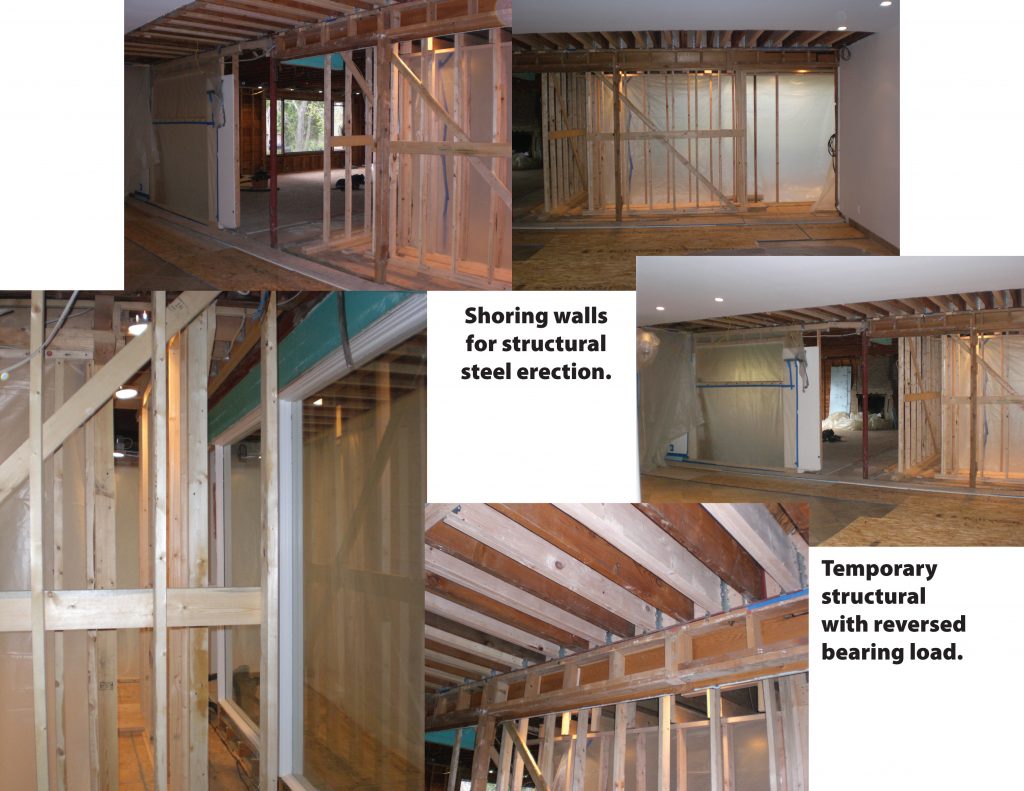 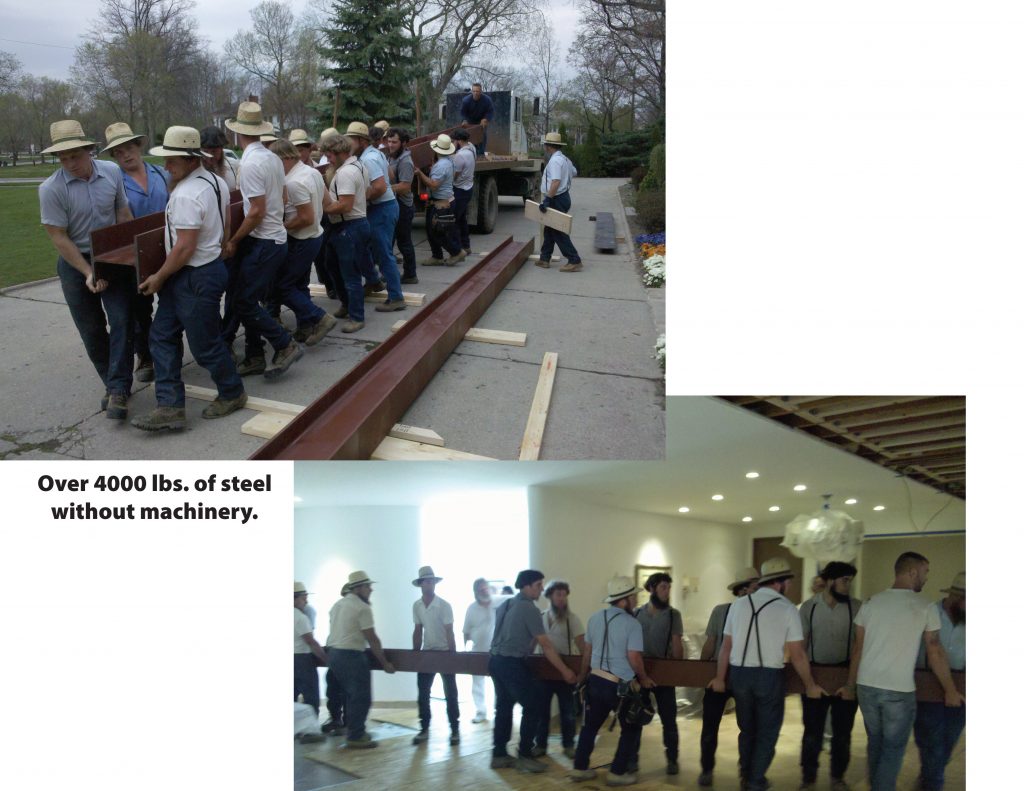 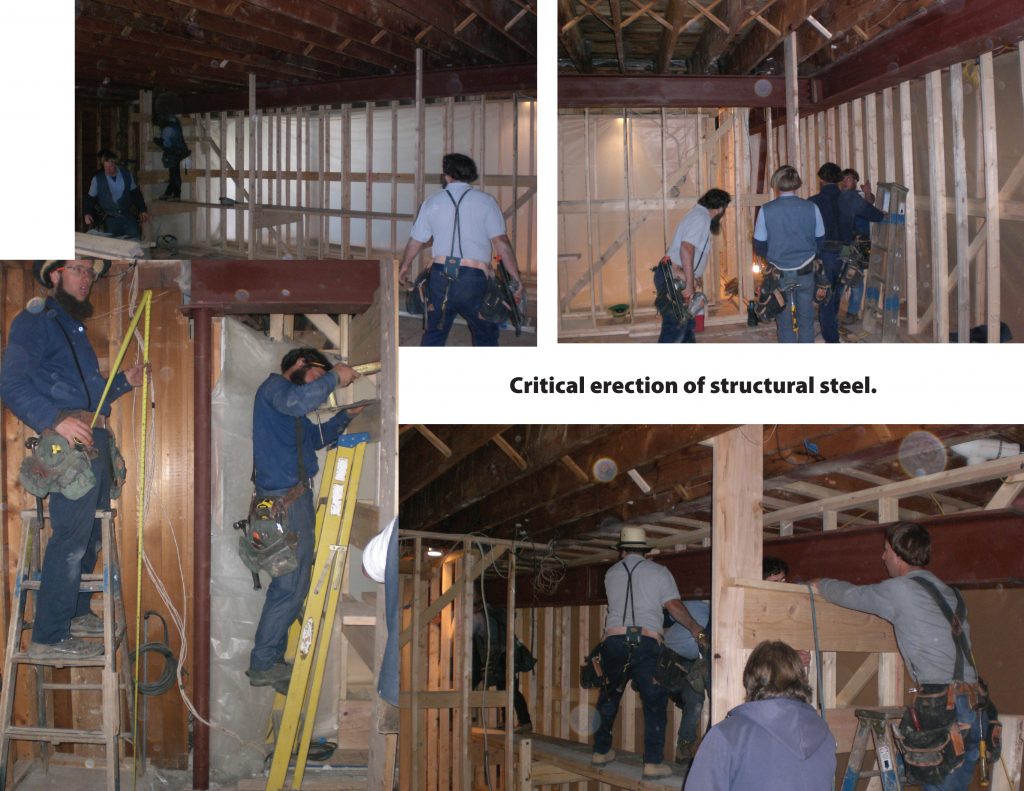 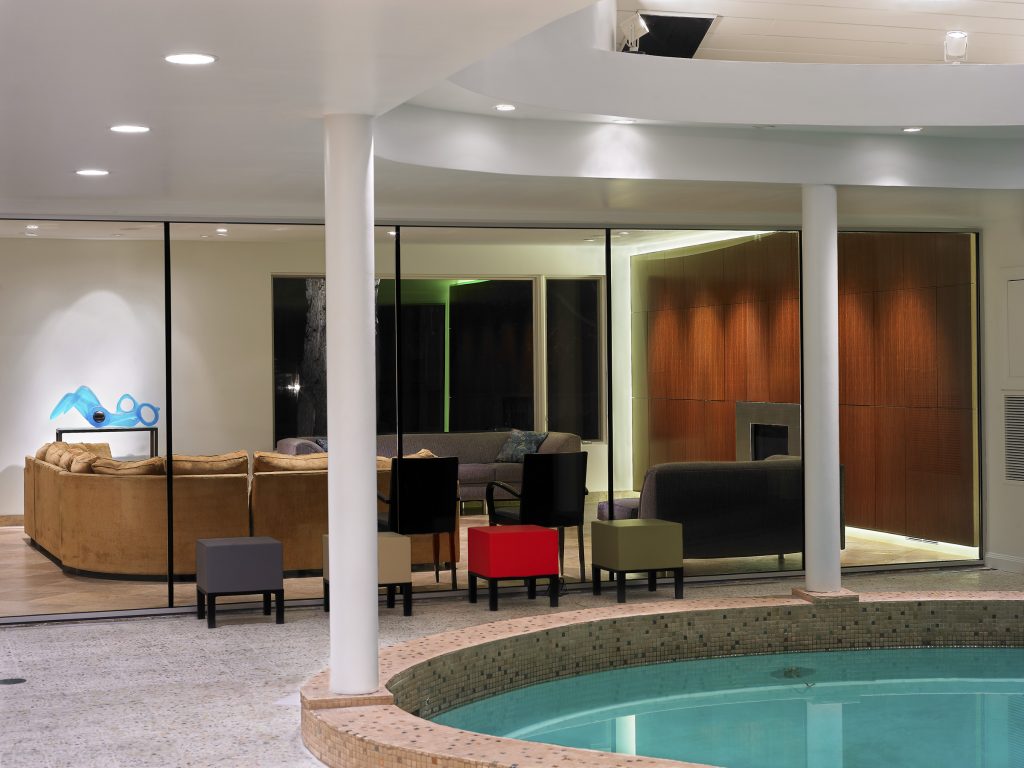