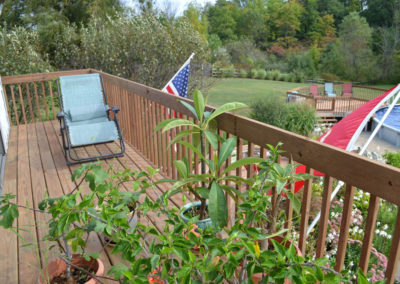 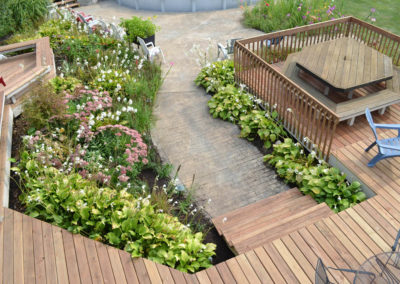 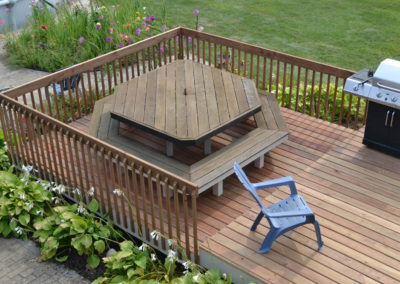 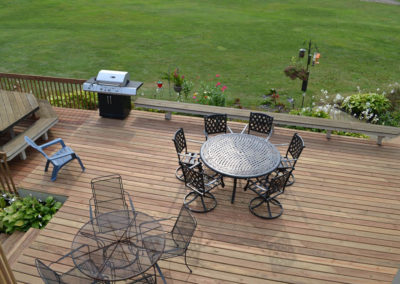 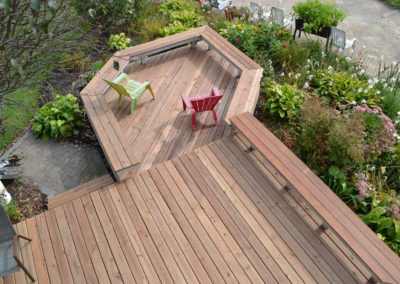 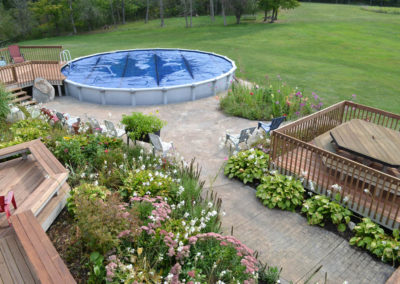 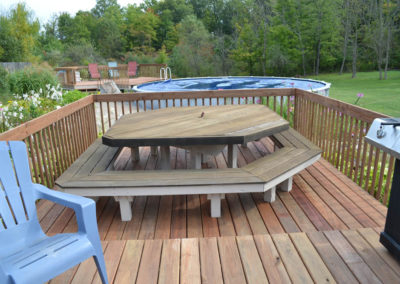 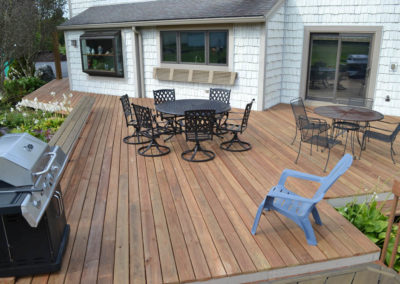 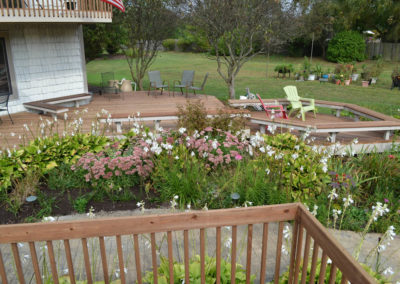 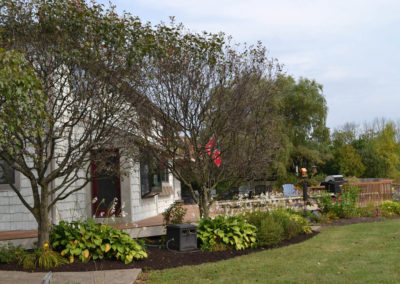 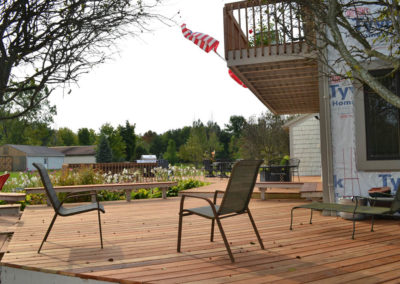 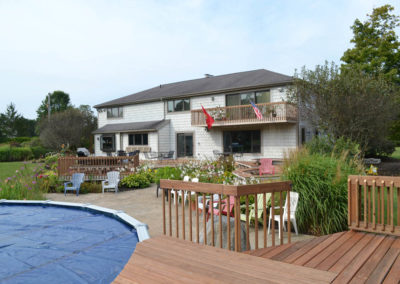 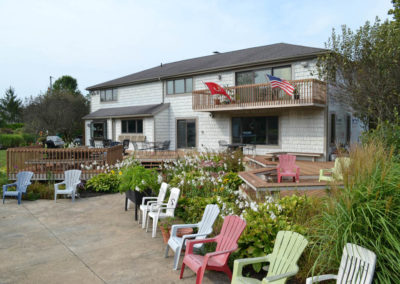 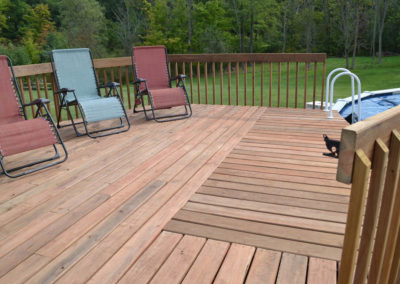 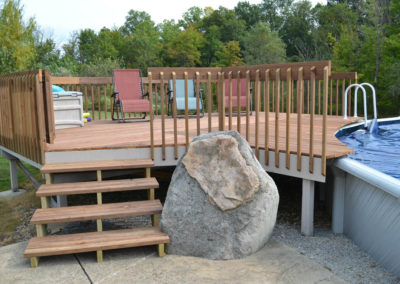 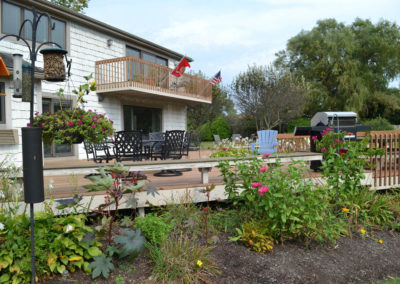 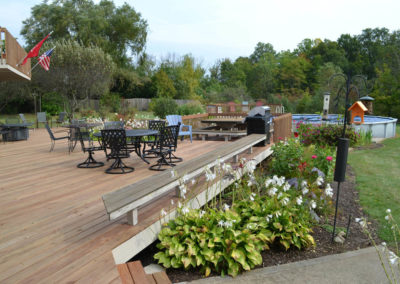 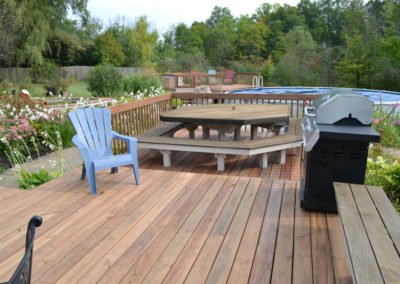 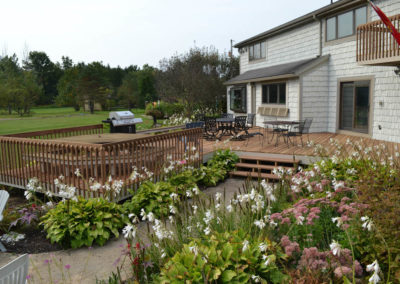 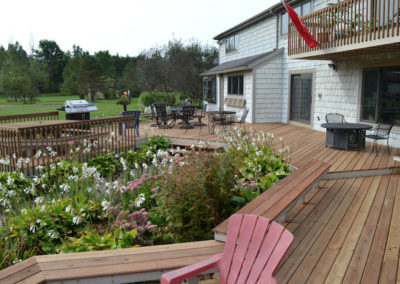 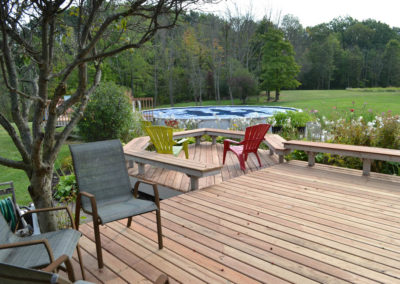 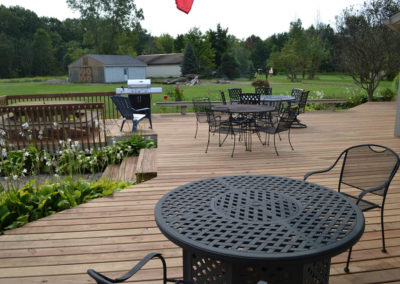 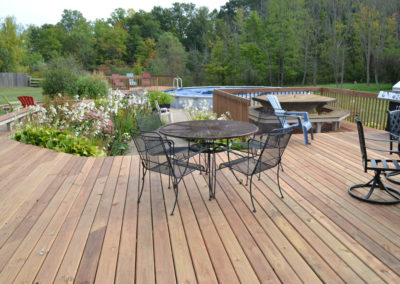 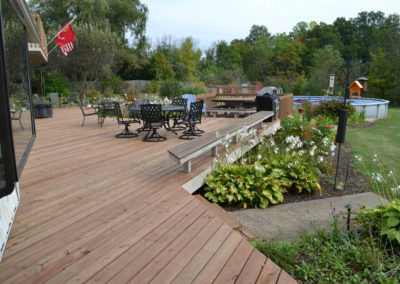 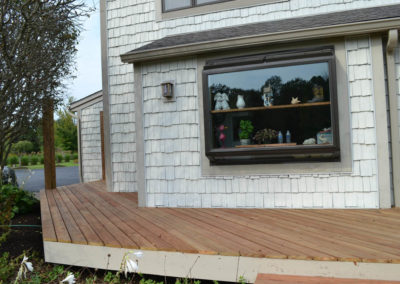 BRIEF EXPLANTION:
After thirty some years, this deck needed tender loving care. The decking was spaced properly for the floor joists to breath, but the treated decking was deteriorating to a point that it could become unsafe and an eyesore in a couple of years. This elaborate deck with its many features was built ahead of its time, but it was time to replace, repair and/or redesign as required.

CHALLENGES:
The huge expanse of this deck created a monetary issue as to what to replace the decking with. With the many composite materials that were available in today’s market, none could be used without adding numerous blocking for support. Since the decking was installed on a diagonal, only true wood can span floor joist 16″ on center without sagging or creating unfavorable deviations. With the addition of the swimming pool deck and the Master deck extensions, money was also a determining factor since the Homeowners believe they will be moving within five to ten years. The composites cost from four to eight times as much not including additional labor.

CREATIVE SOLUTIONS:
Upon much research, a treated wood was found that exceeded the Homeowners’ expectations. A treated wood decking was found that had the treatment chemical color to be a cedar tone in lieu of the normal green shade. The wood, decking or balusters were true in size rather than being nominal which created a much more stable and secure environment. Also, as the demolition and construction proceeded, many design elements were improved such as the stairways being wider and deeper, railings eliminated where not needed and infilling the large area by the Family Room window which made the deck much more massive and appealing. Actual bearing posts which were rotted or questionable were replaced and the deck turned out better than the Homeowners ever anticipated.

RESULTS:
The deck was updated completely and structurally and the Homeowners’ desires and the many design changes made this deck a true asset to this home and property. The new cedar color matched the home and made it “pop” rather than blend in. These Homeowners like to entertain a lot with large gatherings and the compliments they received on its aesthetics and sturdability truly make these Homeowners feel “For A Home You Will Love!”